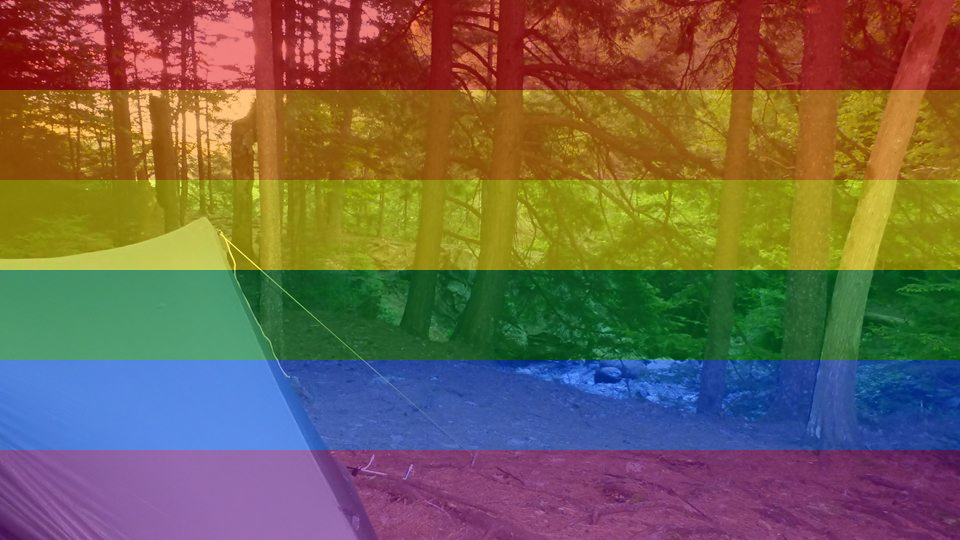 Last night when I got to Speck Pond campsite, I noticed that someone else also had the Tarptent Notch. This was the first one (other than mine) I had seen on the trail. I wanted to talk to the person but they were already in their tent.

This morning, I slept in a bit and then took the time to make coffee and eat the last two Dunkin Doughnuts I had packed in from Gorham. I started hiking around 8:00.

I hadn’t had cell service last night so I stopped on the first mountain top to check in. While there I met David, the guy with the same tent. We ended up hiking about 3 miles together later in the morning. He was hiking the section from Gorham to Andover. I really enjoyed our conversation. Before we split, he gave me all his leftover food from his pack. Trail magic! I needed an extra meal so it was perfect.

Speaking of food……when I was hiking alone this morning, I came across 8 grapes on the trail. I stopped and considered them. Four looked over ripe but the other four looked good. I picked them up and sure enough, they had perfect firmness……so I rinsed them off and ate them! Ha! Trail Magic!

It was an exciting day on Facebook with the SCOTUS decision and friends getting married, etc. I probably checked FB at the top of every mountain. I also took time to make a couple phone calls to friends and family. At the end of the day, I hadn’t hiked as far as I had wanted but I got to camp by a beautiful waterfall. Great day!