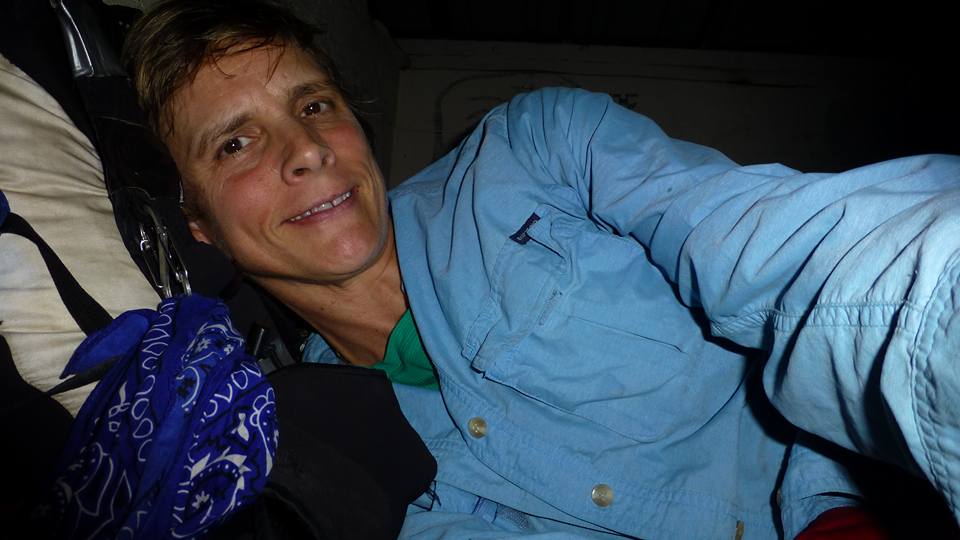 Read more
I’m finally out of Virginia!!! Thru hikers often talk about the Virginia Blues because the trail has so many miles in the state. Also, so much of the trail is a “green tunnel” with limited views. For me, I think it was particularly tough because I did it right after summiting Katahdin. My family and friends that have visited me on the trail in Virginia have made all the difference. Thank you so much to my mom, my sister, and my good friends Martha and Dan. You guys are so awesome. Also, thank you to everyone on Facebook that has clicked “like”, written comments, and posted encouragements. You will never know how much you have meant to me. Bring on Tennessee!!!!

The alarm went off at 6:15 this morning. Dan and I had a plan to meet for breakfast at 7:00 so I got up and got moving pretty quickly. The breakfast at the Old Mill was really good. The Blueberry muffins were particularly tasty. 🙂

After breakfast, we went grocery shopping and then went to Mount Rogers Outfitters (MRO) for my resupply that Martha had mailed a couple weeks ago. They didn’t open so we used the time to walk the section of the AT that goes through town so I could start at the train caboose on the southern edge of town. When I was ready to go, my pack had 6 days of food in it so it is heavier than it had been in a while.

I said goodbye to Dan at 9:30 and started the climb out of town. I had so much fun with Dan and his support was awesome! I passed the Virginia-Tennessee border within a few miles. Yay! Two more states to go. The guy at MRO had said that there was a lot of bear activity on the ridge south of town and I totally believe him. I saw one bear almost immediately and then a momma bear with three cubs a little later. I was finally able to get some pictures of bears. Yay! This makes 15 bears I’ve seen on the hike.

Look carefully and you will see mommy bear

I got to the Double Springs Shelter about the time a thunderstorm started. I decided to wait it out in the shelter. Unfortunately, the storm lasted until it was dark so I stayed at the shelter for the night. I tried to sleep in the shelter but the mice were keeping me awake. So about 10:00 I set up my tent. Two other hikers arrived at 10:30 so I’m really glad I’m in my tent.

Going to try to take a nap in the shelter during the evening thunderstorm.